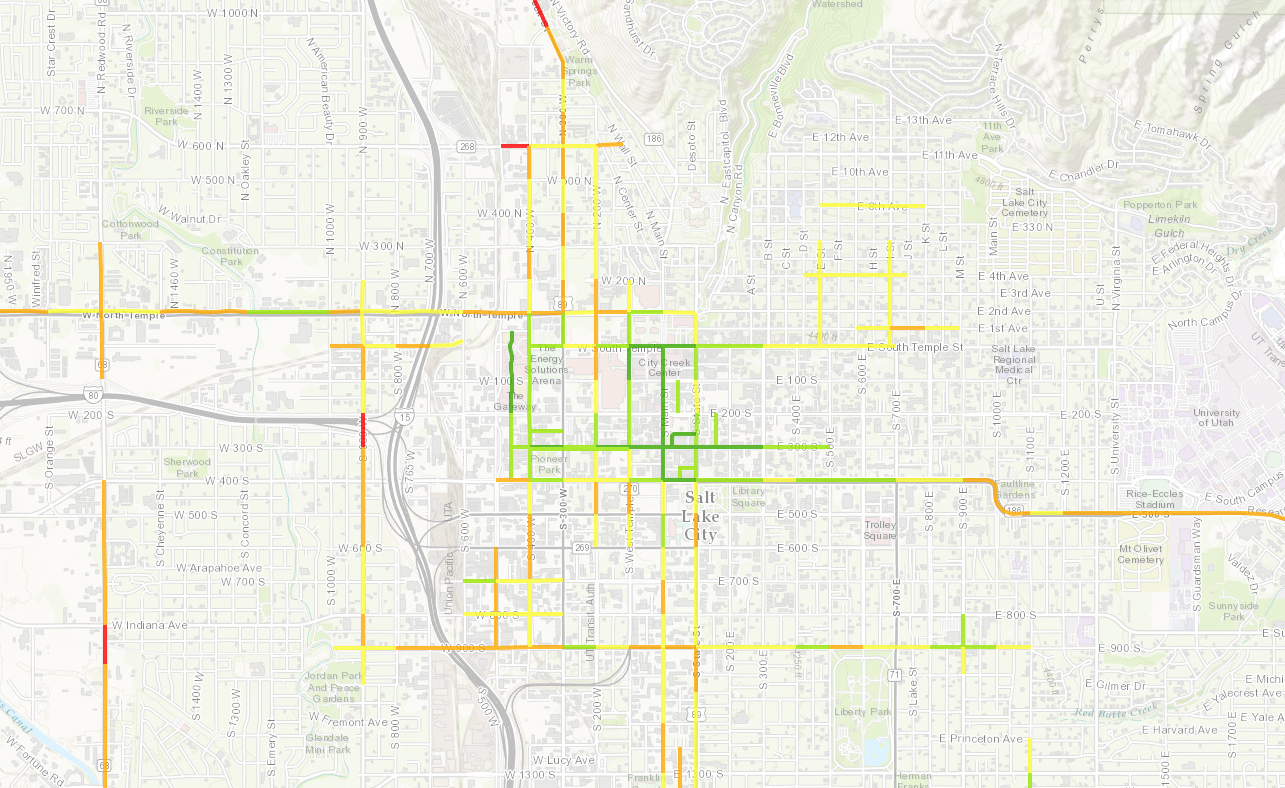 GREATER SALT LAKE (Build a Better Burb) – This document is one of a series of created for Build a Better Burb, the Hub of Great Suburban Design. The series emerged from the Build a Better Burb Sprawl Retrofit Council in Miami, Florida, in March, 2016—an event aimed at expanding transportation choice, sense of place, and sustainability of the suburbs.

The Problem
People are attracted to walkable places with good urban design, but the layperson doesn’t have the vocabulary to know how to specifically ask for it. In addition, resources often flow towards measurable problems, and urban design quality has been considered unmeasurable.

Discussion
When we build a sidewalk that is sandwiched between a 40 mph street and a parking lot, we invite humans into a world designed for fast-moving machines, and most people aren’t comfortable with such an awkward invitation. Humans are smart. We pick up on dozens of cues and hints from the world around us. We intuitively know if an environment is designed for walking or driving, but we often have a hard time explaining why. The good news is that we’re getting better at not only explaining why, but actually measuring what makes people choose to walk…